Home, home on the range…

I wrote this musing on gardening back in May, then completely failed publish it. As it happens, I have the first results of gardening this year documented and written up. Read this, then next week (I had to go out of town for fam stuff), I’ll post that. 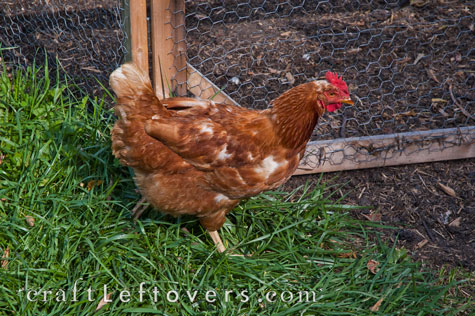 La la la. I’ve been singing that classic song to Lucy lately. I think it’s one of her favorites. I know it’s one of mine. Granted we don’t really live “on the range”, but our own little slice of urban homestead. Every year since moving into our quarter acre of Ames, I’ve thrown myself into the joy of gardening. Every year I feel like I completely muck it up.

For how much effort and resources I put into my garden I feel like I should have a huge bumper crop. But I don’t. Every year I think “this is the year I will have so many veggies I won’t know what to do with them all”.

At least I’m not trying the same thing every year and expecting different results. I change it up every time. This year I’m spacing things more. Last year I tried a square foot approach. Honestly I think it comes down to three problems – I plant everything, the chickens dig it up, and what they don’t, I forget to water because I so frustrated 60% of the garden was dug up. And then the weeds move in come June and by July it’s a complete disaster.

It has been hard – there was the flooding one summer. Then drought. Last year was honestly the most successful year because I was pregnant and Jason took over weeding and watering. I thought we were getting somewhere, I had overwintered the majority of my herbs the last two years successfully. This winter was so hard though that all my strawberries and most of my perennials bit it. And those that didn’t were dug up by the chickens… The perpetual battle with the chickens, rabbits, chipmunks, ground hogs, and Bob the dog. He doesn’t dig, but he sure does love to run after rabbits and mow down everything in his path. He has cut back the nesting rabbits in our yard by 100%, which is nice, but terrifying… natural order of things… yikes.

So this year I am building an enclosed run for the chickens that will hopefully keep them contained. I’ve also put chicken wire cages over all my seedlings to keep the rabbits from mowing down tender parsley and the like. I’m putting a mulched path in front of the garden and putting up a rabbit fence to keep both rabbits and Bob out of the garden.

I’m taking a break right now, I just about have the herb bed re-planted – rue, lemon thyme, chives and sage are all that made it from last year. So I’ve added lavender, oregano, tansy, rosemary, parsley, and cilantro. And while I’m writing this, I’m eating some baked eggs with chives and sage. That’s the benefit of the chickens – a half dozen eggs or so every day. And they are just fun. I have a love hate relationship with the chickens. Some days I want to make chicken soup. And other times I want to carry them around the yard with me and feed them those obnoxious june bugs and japanese beetles. They are great at weeding and pest control and their poop is great for soil building. But they are indiscriminate. So they also eat good bugs and worms and weed all my tomato plants out of the ground. They can think of no better game than to dig up everything I’ve just planted and fling all the mulch around. Sigh. I think I will have much more love for them once they are contained to their yard and stay out of my garden.

So this year. This will be the year I have more vegetables that I know what to do with… I can feel it.