I love dumping all my yarn on the floor and rolling in it.

Okay, so I didn’t really “roll” but–wow–I could have! I have a lot of yarn, more than I realized. Every time I think I have it all documented, I find another skein stashed in some drawer or bin or purse. 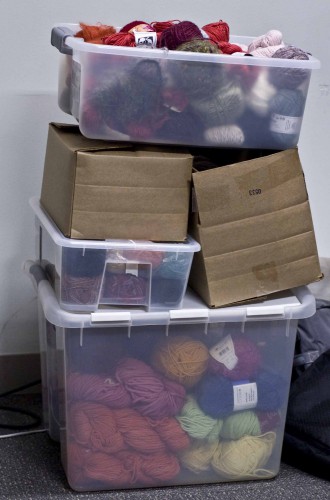 This past weekend I took all the yarn I have and dumped it into piles on my studio floor. What a mess that was and what fun! It’s not often that I let myself to do that. 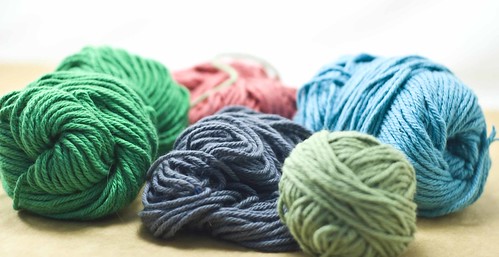 At first I sorted it by fiber–fancy stuff like silks and mohair in one pile, cotton and cotton blends in another, and wool in the last. 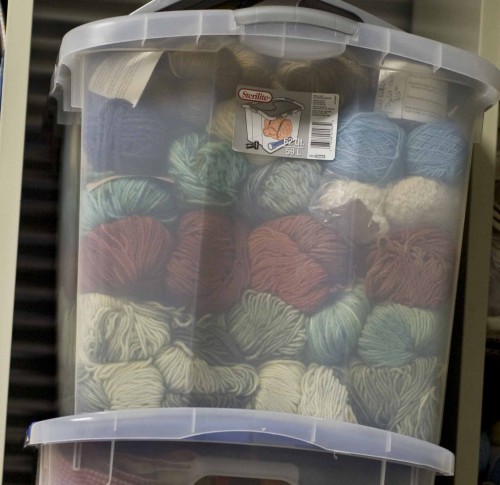 While the cotton and fancy fibers were just fine, the wool will need some subcategories. Since I don’t have enough shelf space to display it proudly (plus it’s tough to keep it organized that way) it will be going back into bins. That being the case, I’ve opted (as suggested by the kind folks on twitter) to subdivide my wool by weight. And since I have so much, I’m going to further group it by colorways and brands. 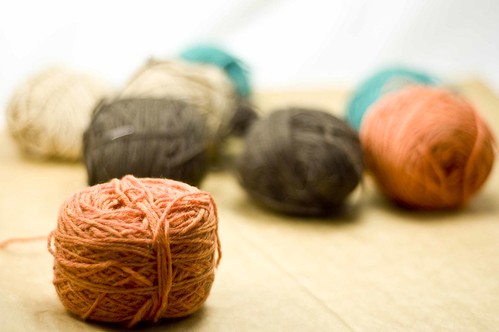 I’ve also opted to do another crazy thing. I took photos of all of it. Every single skein. 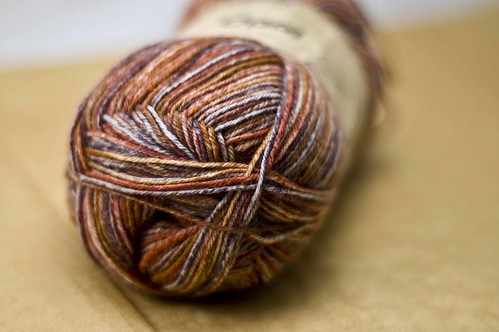 You can see them all in the Flickr Yarn Stash Set. 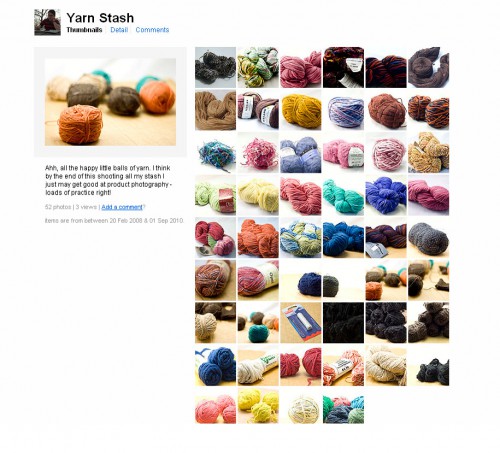 I opted to do this for a couple of reasons.
1. Because of the way I’m going to have to store it, in bins, it will be nice to flip through my flickr set to see what I have when deciding what to make with what next.
2. I’m going to list a bunch in my shop in the stash section so while taking pictures of some, why not just do it all.
3. It will help me with my before and after idea because I’ll have a stock of all the yarn I have (the before) already done.
4. It’s had the added bonus of giving me loads of practice shooting photos.

Will I keep track of all this on Ravelry? Most likely not. While I like Ravelry and their “stash” section of the notebook, It would just add one more step. I’m taking stock of more than just yarn and I don’t want to double list things. I’ve set up a series of Collections and Sets on Flickr where all the before and afters, stash photos, WIPs, and stash kit pictures can be found.

Here’s my first Before & After too! This weekend we had lunch with Jason’s folks and while we were chatting back at the house I grabbed a skein of cotton yarn and crocheted up this little dishcloth. 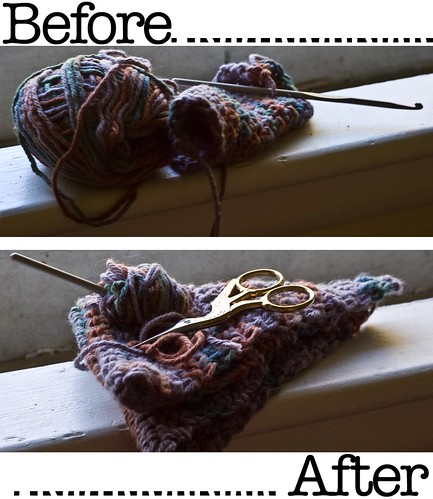 Another golden example of how I started crochet before I took my “before” shot. Ah well, you can still see that there was about 2 oz of yarn there and now there is like 10 yards. Progress!

How do you keep your yarn sorted?

One thought on “I love dumping all my yarn on the floor and rolling in it.”