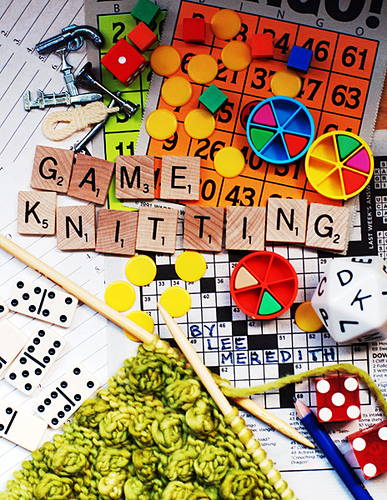 Game Knitting aye? What is that? Think tv drinking game meets knitting. But instead of a hangover, you get a one of a kind fun knit project! Wonderful! I have never seen anything like this and I am so excited to have my first game knitting night :) I just purchased the ebook last night and I’m really excited to get going on it.

I am in the market for a new hat, so that will be the first thing I am trying out. Right after I finish the cable scarf I started forever ago. I was thinking doing it as a game would be a great way to push some fun back into it. I’m not too far along, so I don’t think it will effect the random loveliness too much. I can think of several skeins of yarn that would do well with some randomness. 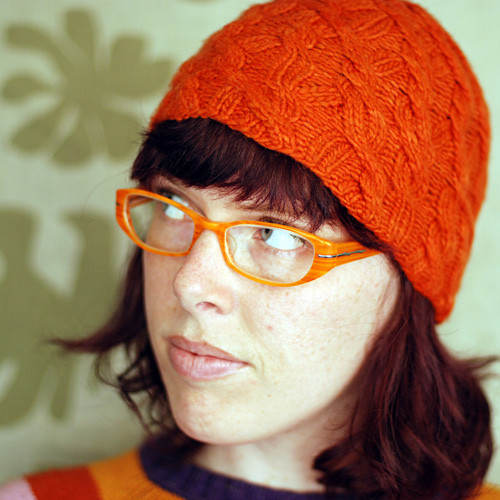 Game Knitting will stretch my pattern writing boundaries a quite a bit. The randomness will allow stitch patterns and shaping to happen that I wouldn’t normally think to put together.

Here is what Lee says about her book:

If you love both knitting and playing games, maybe you’ve wished you could somehow do both at the same time. Sure, you can knit a few rows while waiting for a Scrabble player to figure out their move, but it’s a bit trickier to work your needles and hold a hand of cards simultaneously. Well now here’s a way you can not just play and knit, but turn your knitting itself into the game! And create a truly one-of-a-kind knit object in the process, defined by the randomness of its design.

Game knitting, as it was invented and played to make the items you see here, is based around TV shows, which means if you don’t consider yourself a game lover, but you do have a weakness for television, you too will love game knitting! However, if you want to, some creative thinking can surely move the game away from the screen (and the book includes many ideas).

Game knitting is a concept as opposed to a pattern, which means it can be used to make anything you can knit, as long as it’s a simple enough shape. The book features mostly hats, but there are also examples of scarves, mitts, headbands, and cuffs; knit whatever you love most, as it works out best to game knit an object you are familiar with knitting in the first place. As you can knit any shape, you can also game knit with any yarn/needles/gauge. You could even take it further and use the concept in non-knitting projects! 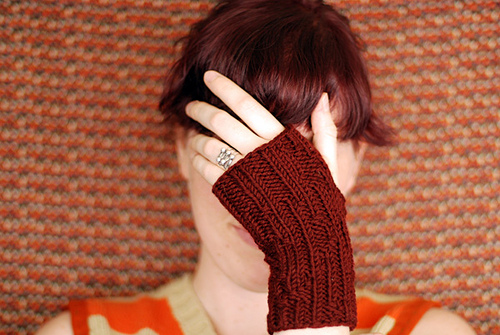 She has a flickr group set up for people to add their game knitting creations to and a full gallery of all the game knitting projects she has done, quite a few! Lovely! Make sure to check out the full details on her site. You can get the book on the Leethal website, or on ravelry. It’s available for immediate download as soon as you purchase it. I like that. Instant gratification! I hope you will join me in Game Knitting!

{all images from the Leethal flickr pool and taken by Lee, I love her photography and am constantly envious of her skills, I aspire to be more like her and you should too.}

The White Whale of Foraging for Morels

A Bag for All Reasons by Lisa Lam