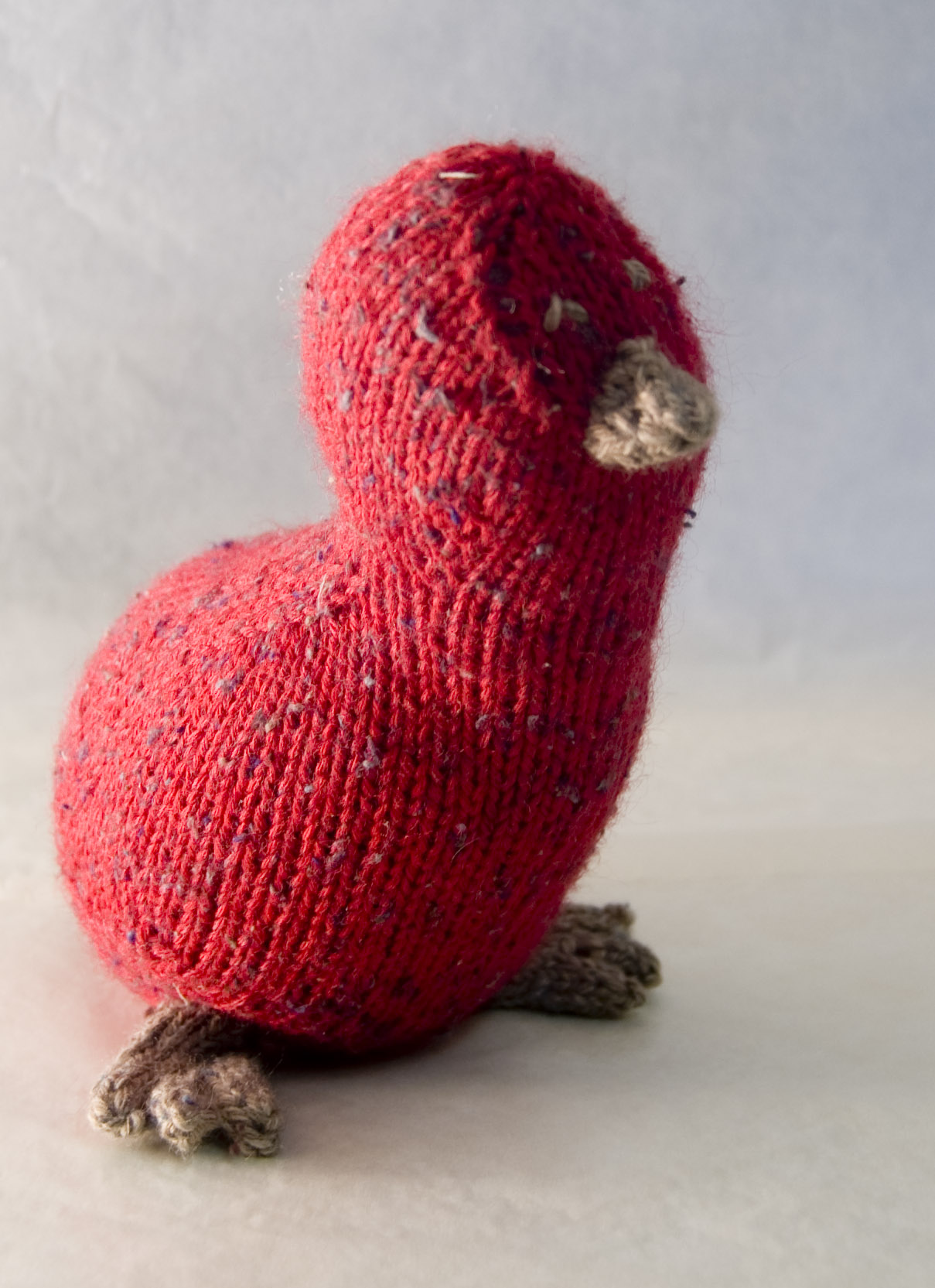 I love seeing what you make with your leftovers. Tag them on Instagram or Twitter with #craftleftovers and I’ll say hello :)

I really enjoyed knitting up this little guy. At only a half a skein of yarn or less, he knits up fast and is really super cute. His feet and the beans in his bottom allow him to sit up all on his own. This little quail has very intelligent beady eyes and you never quite know what he will be up to. I found him in red, but I have a feeling he has quite a few colorful cousins. 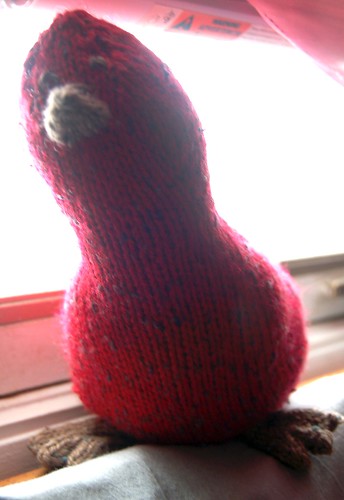 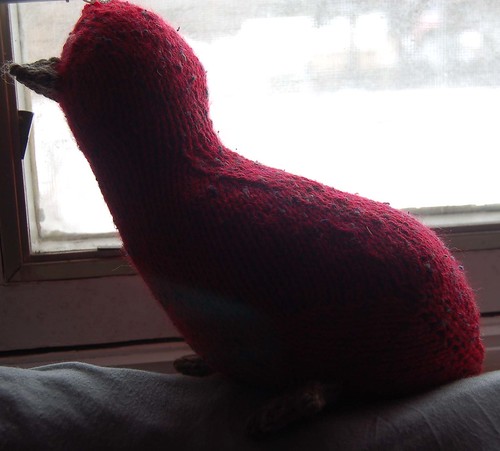 I highly recommend the use of dpn because of the way the pattern is written. If you do use two circulars, mark with place markers where the start of each needle would be. Use a different colored marker for the beginning of needle 1 (the beginning of the row) or it might get lost in the mix.

Use the magic loop cast on to CO 4 stitches.

Rnd 1: Work in the round, kfb every stitch.

If you have not done so already, arrange the stitches so there are 4 sts on 2 needles. Pm between the 1st and 2nd stitch at the beginning of the first needle to mark the beginning of each round.

Work the sts on the 1st and 2nd needles in stockinette st for 14 rounds. Ending with a WS row.

Slip stitches on needle 2 to 1, place marker in the middle of needle 1 (7 stitches on each side of the marker),now working with 3 needles and knit with a 4th.

Knit all for 4 rnds.

Weave yarn through sts on needles, tighten up hole and weave in ends.

With birch colored yarn, pick up and knit 12 sts on 3 needles in the round, 4 sts on each needle as in figure 1.

Repeat all for the other leg and foot on the opposite side of the belly.

Cut yarn, weave yarn through sts on needles, tighten up hole and weave in ends.

Embroider eyes as in figure 2.

And of course, if you make something with one of my patterns, just tag it (#craftleftovers). I love seeing what you’ve made with your unique leftovers!