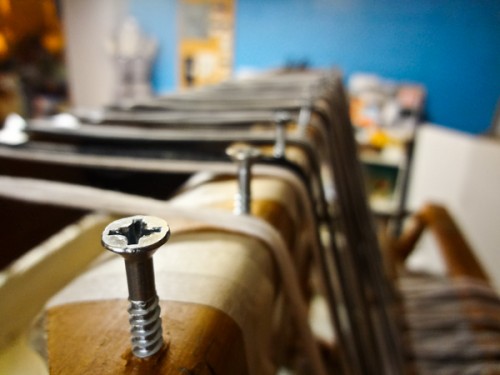 Winter is always the season of weaving for me. With my overly large floor room, it’s the only time of year that I’m okay being tucked into my basement studio for hours shuttling back and forth.

I turn on the space heater, bring down a pot of tea and put it on my candle warmer.

Open the shed, throw the shuttle, and beat the yarn into place. 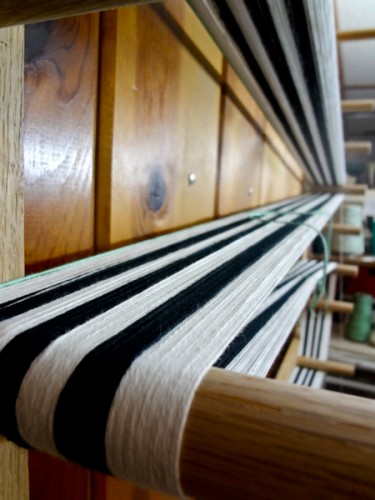 It’s soothing productive work that, once you get it going, builds up quickly into a beautiful fabric piece.

But this is actually my first winter weaving in over two years. 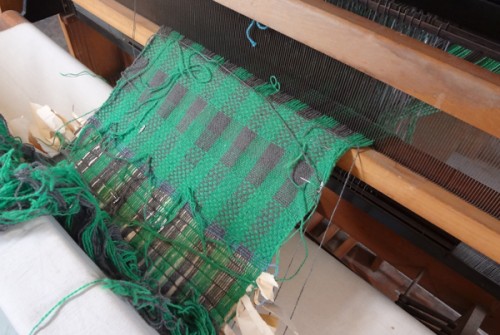 I didn’t have access to a warping board these past couple of winters. My last set of warps were poor quality and needed to be cut off. So my loom has stood there silently collecting dust.

Two weeks ago I built my own warping board, which was much easier than I thought it would be. Though I regret not making one sooner, I’m glad I finally did because I feel like I’m finally back in step with my seasonal crafting cycle. I’ll show you how I built my warping board in the next issue of the Craft Leftovers Zine (due out late February). 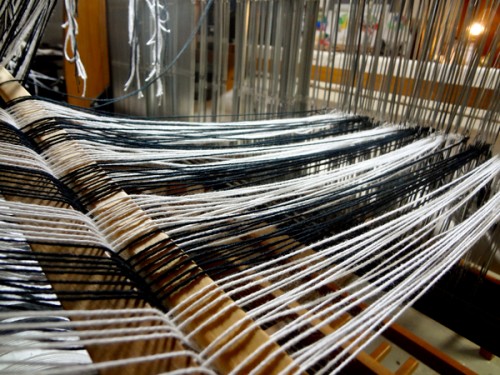 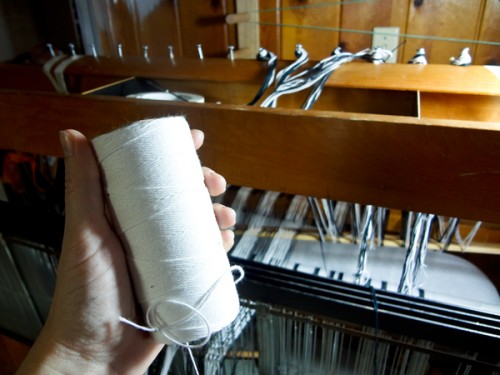 Once I start weaving, it shouldn’t be too many hours before I have a beautiful twill scarf. 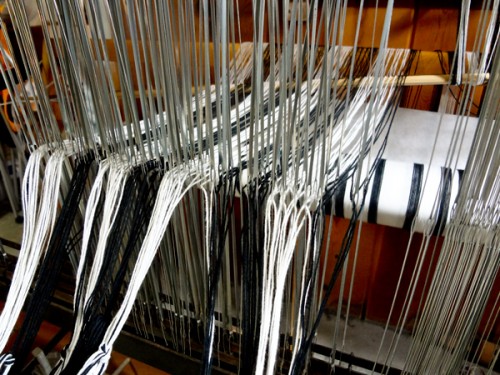 3 thoughts on “Weaving in the Winter”