Help! How should I organize my sketchbooks?

I draw a lot. For every issue of Craft Leftovers Monthly, I burn through about 2 dozen pages or so of my sketchbook, drawings, notes, patterns, and to do lists. For each post, at least a few pages. I see things, I read things, they inspire me, I write them down, tear them out, save them. I get a snippet of an idea and jot it down. How in the world do I organize all that so I can actually reference it later?

And that’s a problem for me. 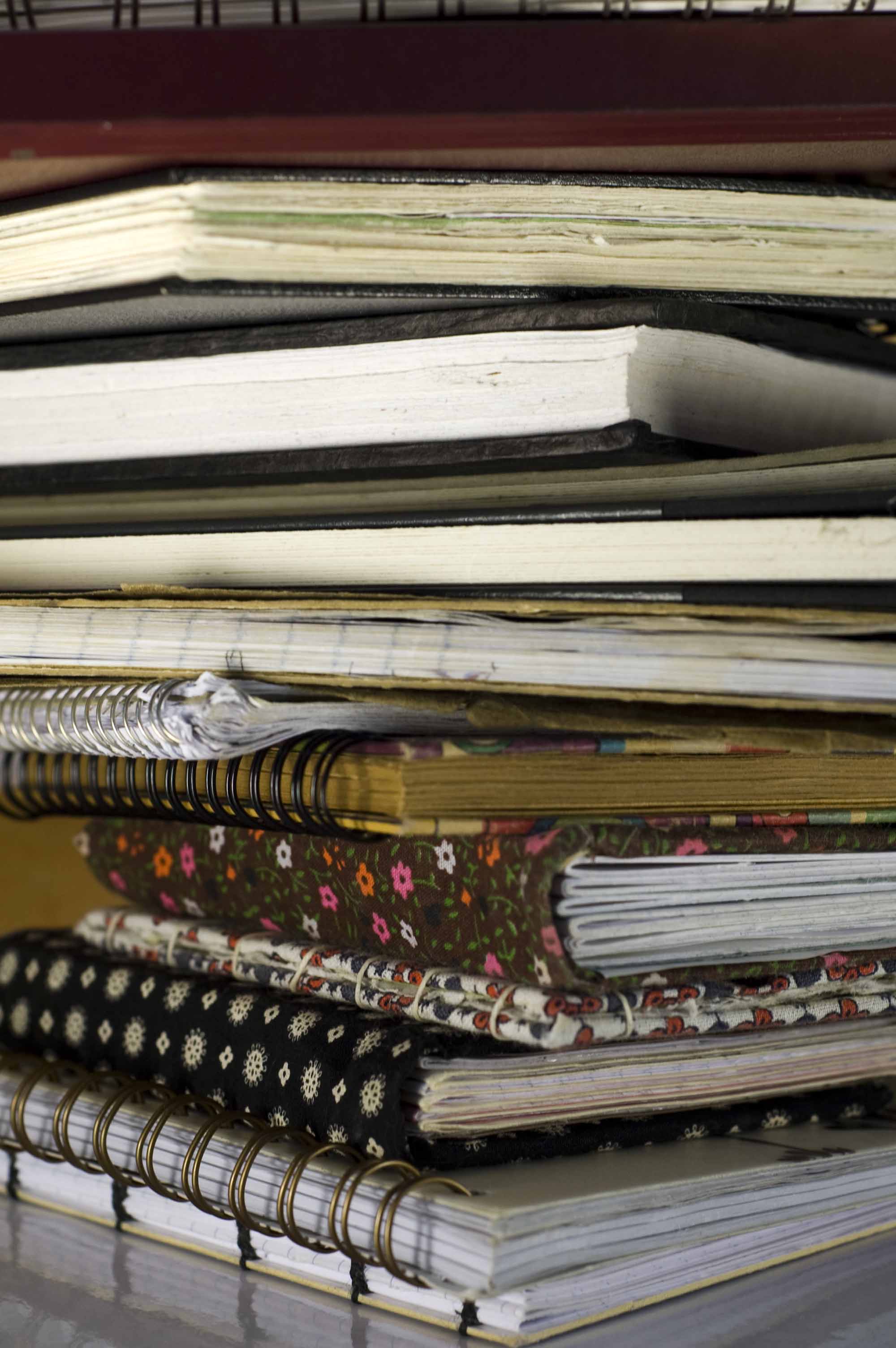 These are my sketchbooks from the past year or two, some others are already in storage at home. I have 3 boxes full of them + many folders of drawings and small paintings.

I read once that Martha Stewart has an army of interns that file away her ideas for her in a complex, multi-filing cabinet system in her at home studio. I would love that. Without an army of interns, how do I make a system that’s both simple to maintain and works well?

I’ve been thinking more about following her example and setting up a filing system to capture all these ideas and things. I thought about just cutting all the pages out of my sketchbooks and dividing them into categories which would be the easiest way to do it. But that really pained me the more I thought about it.

Some are just notepads I don’t mind dissecting into their categories, but some, like a few hard bound ones, I have a harder time taking apart. And some sketchbooks show a really nice history of where I was when I did that, almost like a diary. Well, exactly like a dairy, just a visual one.

One option I thought about was to number each sketchbook, then photocopy everything in it and label each photocopy with the number so I know where it came from. Then I would file all my sketchbooks chronologically and all the photocopies alphabetically according to category–like “pattern,” then tag it “knitting.”

That would be the best way to do it because I would preserve my sketchbooks. I would also have an easy way to find my original notes for patterns I’ve written (always longhand, always drawn) which is increasingly problematic.

There is only one problem. I don’t have an army of interns and that’s a lot of work.

Do any of you file your ideas/resources/references? How do you make it happen?

Any suggestions for an easier system idea?

On a side note: I’m excited that I even have the time to contemplate such organizational topics. It’s been far too long. :)

8 thoughts on “Help! How should I organize my sketchbooks?”