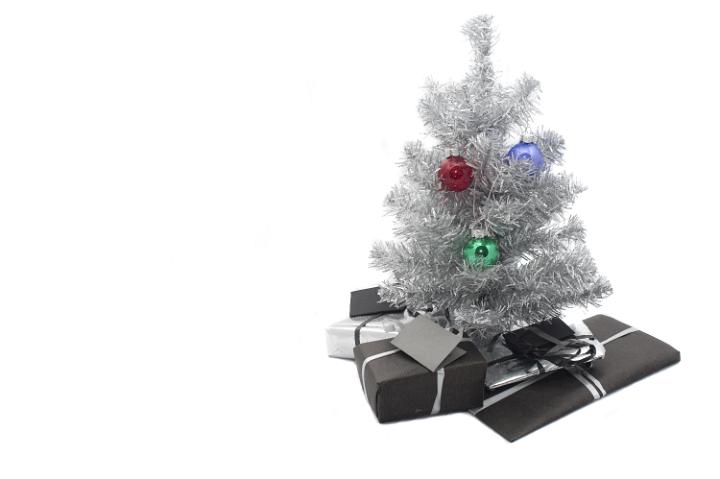 The Christmas tree is a German tradition spanning about 400 years and involves taking a live tree in to the home and decorating it, to keep it there for the duration of the Christmas holidays. In the nineteenth century the Germans invented the first artificial Christmas tree which was made of wood however it wasn’t until the twentieth century that artificial trees as we know them now were invented, by American company Addis Brush. They used their brush technology to create plastic trees.

Despite this revolutionary new product, natural trees remained the most popular choice for some time, and to this day many prefer a real tree. During the 1960s through to the 1980s artificial trees were arguably more popular than real trees however in recent years the balance has probably tipped back towards the natural tree.

The debate remains then on whether to opt for the natural choice of the artificial one – there are advantages and disadvantages to both. In many ways the artificial tree is the most practical option and the most economical. You only need to buy it once and it will probably last for several years, removing the need to splash out on a tree each year as you need to with real trees. It’s also easier to get them out as they are easy to store, whereas real trees are usually heavy and will need picking up and putting in to the house ever year.

They also don’t need watering as real trees do, and they won’t drop pine needles and therefore create mess. There are now a number of artificial trees on the market to choose from, some that look as realistic as possible through to multi-coloured trees. You can even fibre optic Christmas trees; there really is a huge amount of choice. They will also maintain their looks throughout the holidays whereas real trees may start to look sparse and withered as their needles fall off or die. That said, artificial trees are rejected by some because they look fake and aren’t as traditional as a real tree.

Real trees give off a wonderful scent too and are aesthetically pleasing. It can also be something of a tradition to buy one each year, choosing from the different sizes available and then taking it home to decorate. There are also many newly popular varieties that drop their needles less than the traditional Norway Spruce, such as the Nordman Fir or Douglas Fir.

The environment is another factor to take in to account. Superficially it may seem as if the artificial tree would win this debate as it’s used for a longer period of time however it uses PVC which is a non-renewable source that is highly damaging to the environment once it is produced; it will also take many years to finally disintegrate and so will contribute to landfill waste. Real trees can also be seen to be wasteful and may also incur the use of pesticides that are damaging to the environment however of the two it is the least harmful option.

I hope you enjoyed today’s guest post! If you are interested in guest posting for Craft Leftovers, email your concept to kristin [at] craftlefters [dot] com!
Happy Holidays!
Kristin Roach