It’s been awhile since I’ve updated you on the status of the “farm”, so I thought I would take this week where I’m focusing all my creativity on getting the next zine finished and out the door, to show you around a bit and give you the updates. 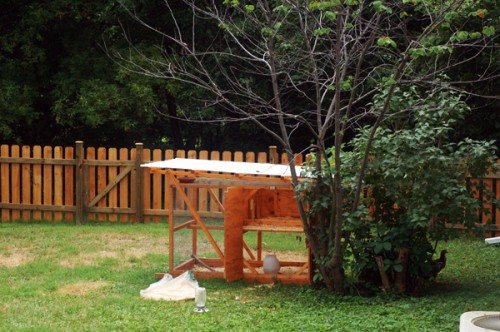 These little guys are having a great time outside even though we are nearing 100 degrees each day. It’s so fun to look at them from the air conditioned house picking at bugs, weeds, and running around having a blast. We have 3 Red Stars, 2 Silver Laced Wyandottes, and 2 Cornish X Rocks (meat birds, aka food zombies). We have another few months before the layers will lay, but they are so cute and petite hen looking that they pay their way with their cute antics. We’ll be slaughtering the last two cornish x rocks in two weeks.

Last week, I slaughtered my first hen, and on Saturday night, we had roasted chicken for dinner. 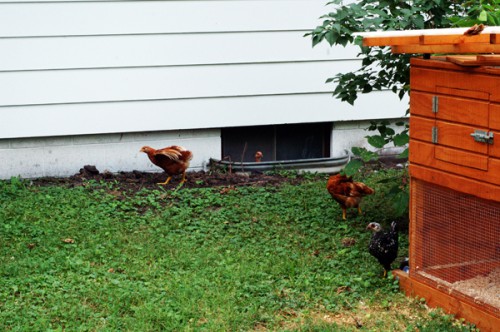 (they like to hang out in the window well)

It was a really sad case, I was moving the coop and didn’t see him in there. I put the whole coop down right on his leg. He had to be put down because it broke. Yuck. I wasn’t mentally prepared to slaughter and butcher my first chicken. I did it with a help of a friend and followed it with a bottle of wine. It shook me up. I don’t like killing things. I’m not sure if I’ll get meat birds again after these last two are gone.I didn’t puke, I didn’t cry, I felt like doing both. But I survived. The chicken clearly did not. We decided to roast a hyvee chicken at the same time and do a taste test. Everyone liked the rooster we slaughtered better than the hyvee bird. 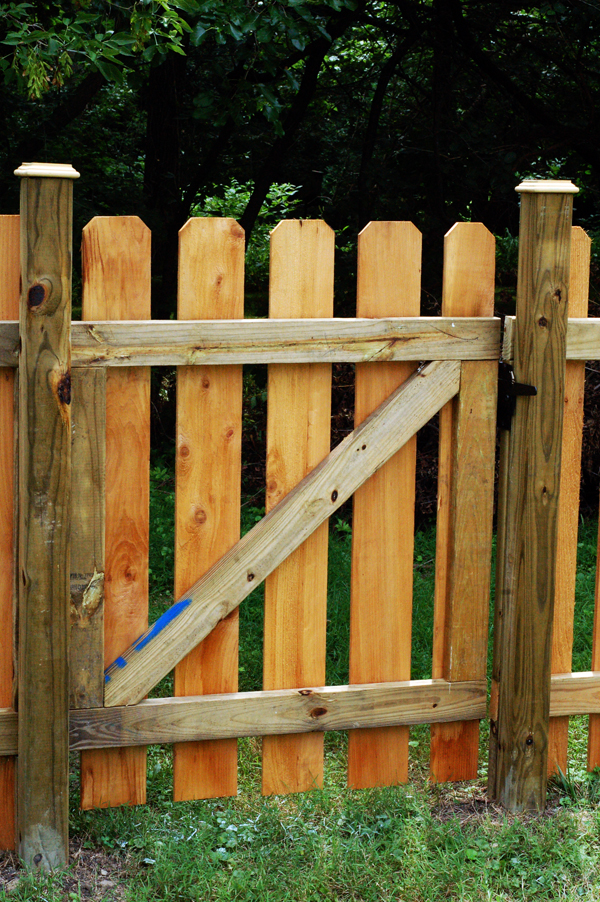 Last week we finally had our fence built! It is a great fence and many of Jak’s issues have disappeared. He loves getting to zoom around in the back yard a couple of times a day. And he doesn’t care about the chickens at all. So they get to free range all day and he gets to run around like a greyhound and impress us with his agility and speed and then sleeping for hours. He’s a happy guy. 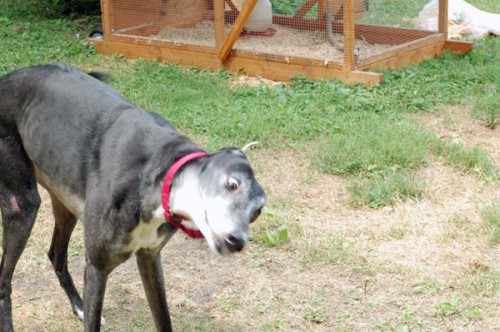 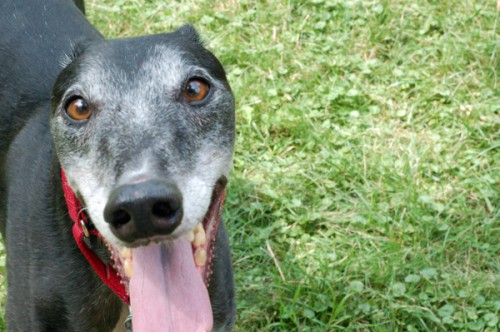 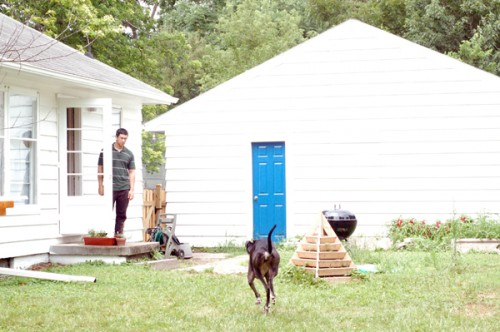 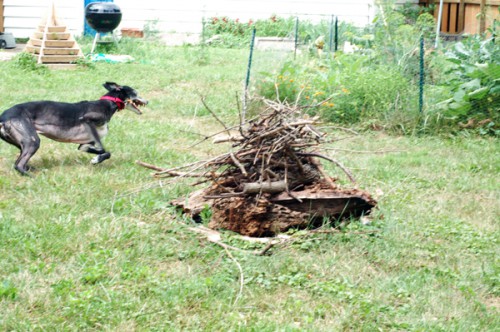 Why did we have our fence built vs doing it ourselves? Well, our yard is really waving, it’s really hot, we want it to look good, and we wanted our gates to be awesome at latching and opening without issues. Check out this awesome gate! We could not have done that. 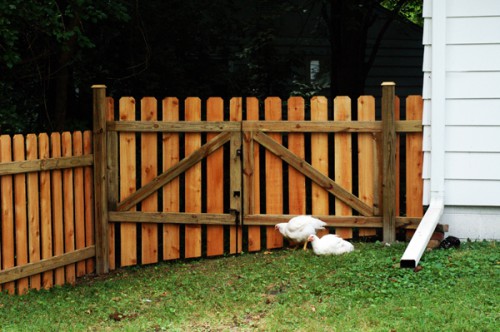 And the company gave us all the picket trimmings so I have a load of cedar I get to make into little shelves, line my herb bed with, and boxes and planters and bird houses and who knows what else. 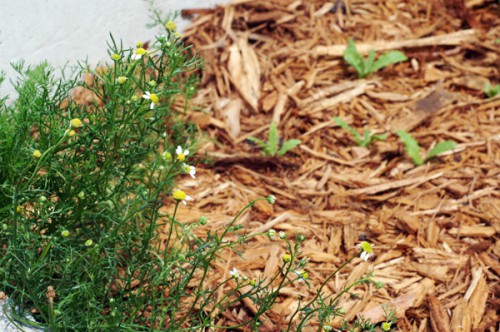 I’ve been working on tackling the weeds and mulching all my beds. But the heat has beat me up and I’m staying indoors for now. Yuck. I hate when it gets so humid and hot and blahhhh. 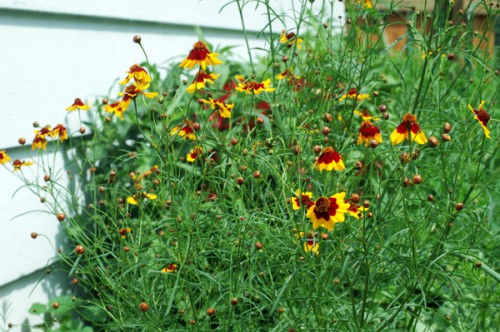 I have successfully kept alive: chamomile, plantain, sage, thyme, tarragon, lavender, rosemary, marjoram, and a few mystery plants. They have been adding such deliciousness to our food. 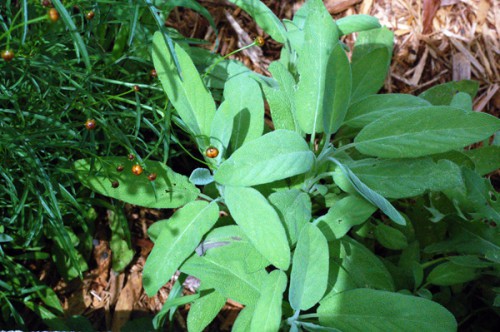 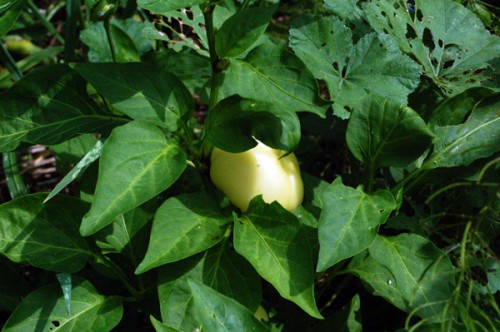 Zucchini plants are still not pollinating, which is so sad. And we’ve been unable to pollinate the ourselves. But, we do have loads of peas, beans, peppers, tomatoes, broccoli, beets, dill, basil, eggplant, and asparagus (just getting established this year, but doing well). 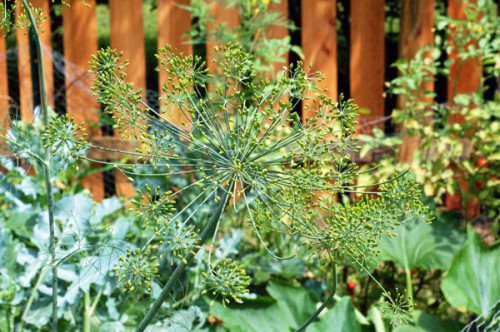 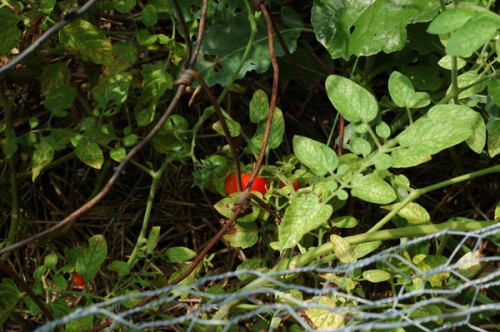 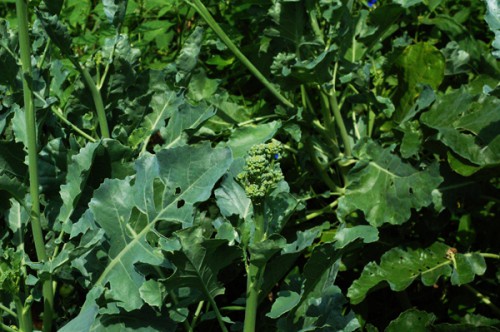 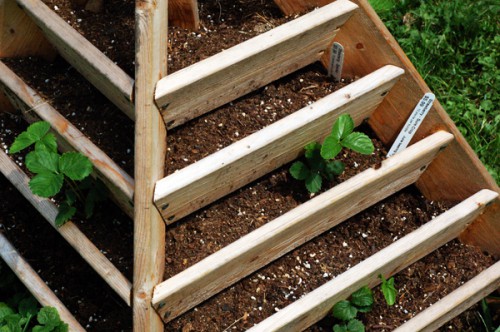 I suck at growing flowers apparently. I have kept two planters somewhat alive and the ferns I planted last year are doing okay. But some of the others are getting mowed down by a combo of chipmunks and ground hogs. The chickens are actually battling the chipmunks out of the backyard. Every time they see one they chase it off.

(sooner rather than later this week)