Home Redress: What? I have a patio? I sure do!

This was about the easiest patio installation ever! And by that I mean all I had to do was uncover it. It was one of those unknown treasures. The people selling the house didn’t know it was there and didn’t include it in the house listing. When I was poking around in the backyard I saw a buried brick. Then another. Then I started poking harder with a shovel and found that it was a complete brick patio hidden by years of creepy charlie. 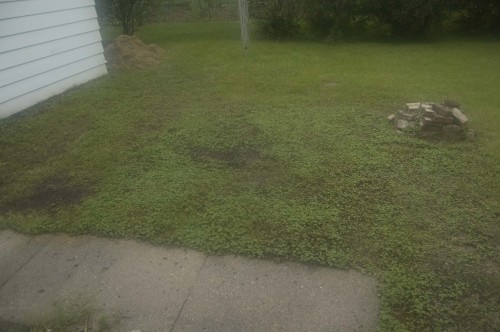 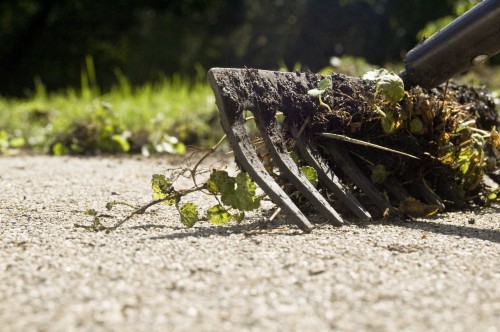 I used the shovel and a metal rake to rake it all off. 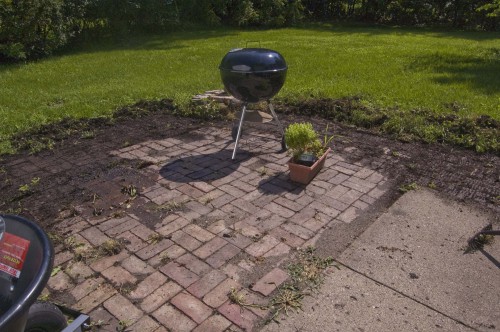 It’s been raining a whole lot around here, so instead of struggling with the remnants of mud and the few straggly weeds, I’m going to let nature help me out. Rain will hopefully wash it all away in the next night or so. Then I’ll get out there and make the edges all nice and neat.

It will be nice to have some bricks to put the grill on + chairs for friends. :)

We had a great booming thunderstorm this weekend and of course, more water. But this time the water was pooling in the garage.

You know, the garage where we put everything from the apartment.

Yesterday afternoon, when I went to grab my water bottle off my bike, I was greeted by a huge puddle covering the entire floor–right under my loom. Thankfully only a few other things that were sensitive to water were in the puddle.

Jason and I got to work and stacked everything in water-safe areas. Then we huffed and hauled and moved the loom. Which was great because I thought it would take us months to move it inside.

While it’s not completely set up and ready to start tossing the shuttle back and forth, it’s inside. It is a huge first step. I’m really excited that potentially, I could, start weaving on my loom again.

What projects have you been working on around your home lately?